I am extremely worried about the delegitimization of Roe v. Wade and what it means for disabled people. I am worried about things like access to birth control being taken away, but especially about healthcare becoming even harder to navigate for people with disabled bodies and minds.

Sometimes I wonder if other people see a connection between the policing of female bodies and the eugenics movement of the early twentieth century which sought to prevent the pollution of whiteness and white identity by sterilizing Black people, disabled people, Native Americans, and poor people. The Supreme Court even weighed in on a case called Buck v. Bell in which one justice wrote in his opinion that “three generations of imbeciles is enough,” and upheld the state of Virginia’s sterilization program by a vote of eight to one. The case has never been overturned, and a majority of states still have a legal right to sterilize disabled people because of guardianship laws. Some people might not have a problem with this, but where do we draw the line?

Any time a person loses say over what happens to their own body, we should reexamine the cultural norms that hold that law in place. It’s incredibly important to understand the dominant attitudes and perceptions surrounding the affected person. After all, these rules are written by members of an unaffected class that has been given decision-making authority. It is not hard to imagine a person who is facing sterilization to be opposed to it; but did they ever get a chance to weigh in on it? Were their opinions ever sought? 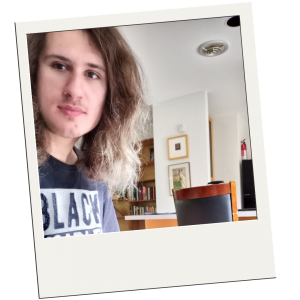 There is this nagging thought that all this outrage at the Supreme Court’s decision on Roe v. Wade is reaching a fever pitch because it’s impacting white women’s bodily autonomy when people of color, disabled people, and low income people have had to deal with their autonomy being trampled for decades. We have been seen as second class citizens for all of our lives, and if that distinction didn’t affect someone directly, it was not a problem for their attention.

There is, however, a shifting focus among young people to see all the various social issues of our time as being interconnected, and they share a common goal of lifting many people up from the circumstances that have historically brought only entrenched discrimination. My heart is filled with hope that we can interlace these social justice issues into one loud, angry, determined movement where people will recognize that disability justice is equal to reproductive justice which is the same as racial justice and trans justice. I want people to get as angry as I am about the sterilization of disabled people as they are about Roe v. Wade. I urge folks to read more about the experiences of people who don’t look like them or have their background in order to expand their understanding of just how repressive the Supreme Court has been towards minority populations. I invite your rage to be unleashed at the ways we have treated our most vulnerable citizens and act with urgency by asking why we continue to do so. And finally, I want people to see the interconnectedness of all our experiences and put efforts into lifting the people who have traditionally been policed and controlled up to their level. If we all work together to make life better for the most marginalized members of our society, we benefit everyone.