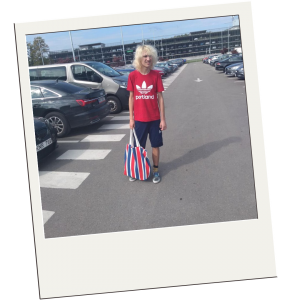 It was never in the plan to become a self-advocate, whatever that means. I didn’t wake up one morning and decide that I was going to be passionate about the rights I have versus those of someone who is not disabled. I guess it comes from being so different from the people around me. After a while, you get so tired of explaining what you need that you begin to wonder why the world excludes your presence, and you are faced with two choices: you accept the way things are, or you fight to have your experience heard and understood so that the point of balance shifts to make room for you. 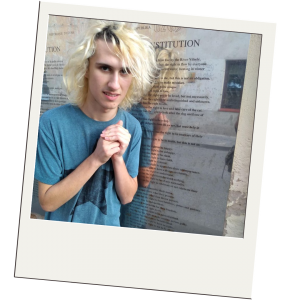 Really, it started when I was just a little kid, and I was round butt exercises going through a lot of therapy. I couldn’t understand what was so wrong with me that I needed so much intervention. I felt broken and less than useful as a person. All that before the age of 10! Then I ended up in a program where I was the oldest kid by three years, and worst of all, the staff treated me like I was dumber than I was. It’s not to say that they were mean or abusive,  but when it comes to non- or low-verbal autistics, what the so-called experts didn’t understand was a lot.

For one thing, I see the world very differently from a neurotypical [NT] person, but it’s not at a deficit or lacking in perspective. Rather, I have to wade through all the sensory channels that most people don’t notice, and focus my attention on whatever is deemed important by the teacher or manager or parent. I should look a certain way and act as if I can function in the NT world. I need to work twice as hard as other people to accomplish the most basic tasks, and work to be as non-autistic as I can. 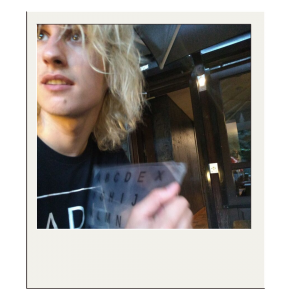 I guess there came a point when I realized that no matter what, I would always be autistic, and I needed to be accepting of myself in order to expect others to be accepting of me. That shift came right around the same time when I learned to letterboard, and I was finally able to explain my perspective to the people around me. Having their sincere interest and watching how they changed the way they treated me made a huge impact on me. I was, for the first time, heard and valued for being exactly who I am supposed to be.

Self-advocacy became a way of life for me, and I feel lucky that there are people who are interested in what I think and feel. You may wonder why I feel such an urgency to share all of this – I want to make changes in the lives of people with disabilities so that the next generation of autistics has more of a place in the world than I have and can be accepted for who they are. I want there to be a better understanding of our needs and gifts rather than what we cost to society.

I invite my peers to share what their lives as disabled young people are like. Let us sing our melodies in harmony while our allies hum the chorus. Let’s grow the self-advocacy movement into the force that belies our shared experiences of being differently-able.