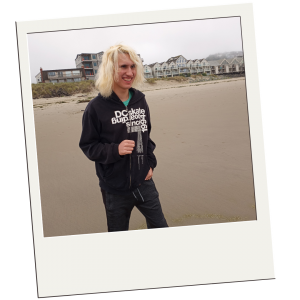 One time I was in my house with a new PSW [personal support worker]. He hadn’t been with us long, but I had already formed an opinion about him. It wasn’t that he was always on his phone or often arrived late – it was his attitude towards me and how he spoke to me that made me disregard his worth. He always seemed surprised when my mom would share ideas of things we could do or places we could go, especially when I would use my letterboard to communicate. I knew he didn’t really believe I was the one speaking, but he didn’t say anything. But he didn’t act on any of those suggestions either.

Probably the biggest thing people get wrong about me is that they second-guess my humanity all the time and reduce my feelings to being equivalent to Spock, the unemotional Vulcan from Star Trek. In reality, I am so tuned into how people are feeling that I can tell whether they are sad or excited, angry under the surface, having a good day, or feel lonely. People as a whole seem to have assigned autistics a lack of emotions and empathy, when in fact, we probably pick up too much from our surroundings. My situation might be amplified by my synesthesia, but as a whole, people like me, i.e., non-speakers (or what some parents regrettably call “low-functioning” or “classic autism”), are inundated by dozens of sensory streams at once. 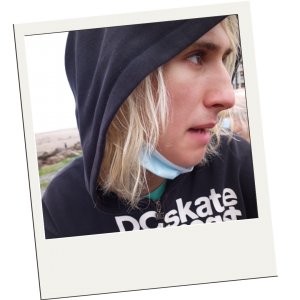 It took me years to have enough self-control to tune out a majority of streams in my environment and interact with others. There were times when it was all I could do not to be angry at my parents for not turning off the sensory input coming at me. Having physical activities helped, as did a lot of time getting swung in a sleeping bag by two people. I also have these amazing memories of being wrapped up inside a soft blanket and cuddling with a parent, giving me the deepest sense of security and peace.

Another big surprise would undoubtedly be my special interests and hobbies. People who meet me when I am using my letterboard walk away with an idea of me as a unique individual with his own interests and sense of humor. They hear what I think about, and they put my humanity up next to their own. This doesn’t happen when someone speaks for me or assumes what I like based on their knowledge of interacting with other disabled people. We are all unique in how our disabilities impact us, but our humanity is shared. Unfortunately, if we are unable to communicate on our own, half our worth as people is gone. We are dismissed, overlooked for friendship, and saddled with the role of “helpee” instead of “helper.”  The least surprising thing must be hearing how tiresome that role is. 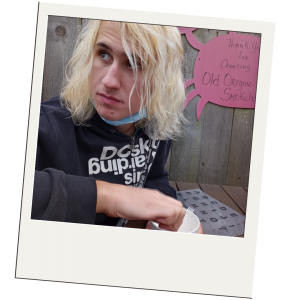 My closest friends and family know how much I have worked to change people’s regard of me, but there will always be those who choose to disregard me as a person. Instead, it’s easier for them to fall back on the stereotypes of Rain Man or Spock, stripping away any pretense of achievement I may have earned despite being disabled. I think they don’t accept it because that means they would have to accept it for all disabled people, including those they may have supported in the past. That’s an awful lot of discrimination for one person to admit. It’s easier to think of me as a fluke, a savant, than to accept that but for the grace of God, I would be rotting away in some behavior classroom. How about all those students like me who remain in self-contained classrooms? Do they not share your dignity?

I think the most surprising thing about me is my sincere desire to see those classrooms banished forever. Let’s burn that concept to the ground and grow a new model in its place — one that focuses on communication and engagement, rather than lumping disabled students together. Only when we assume that people who communicate differently have a lot to contribute will attitudes change for the better.