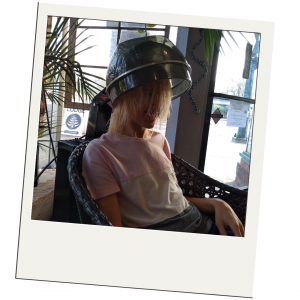 I want to focus on the little details of sensory sensitivity and what that’s like. Young people on the spectrum are often overloaded by all the signals they receive from their environment. They might be like me, unable to communicate their discomfort and reaction to these stimuli, and act out in unclear ways.

Ridiculous to think, but there was a time when I couldn’t make it through a Kindergarten class without melting down. It was truly an exhausting experience to be in an environment where there were so many things to look at on the walls – and don’t get me started on all the noise! Thirty-some little kids, all talking and laughing with the occasional shriek, and it was chaotic most of the time. Of all my sensory channels, that one (auditory) was most sensitive at that age.

It’s gotten better as I’ve grown older, but I’ve worked on it too. All of my energy has to focus on a task at hand in order for me to tune out the sound stream. It’s like I get laser-focused on what’s being read to me, or I am concentrating so hard on hitting the correct letter on the letterboard that I can close off that sensory channel. I guess I might look a little like I’m not paying attention, but actually, I am even more attentive in these moments than you would ever guess! 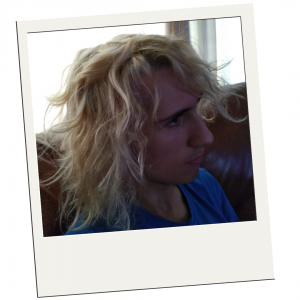 For example, I can tune into all the sounds in this coffee shop in an instant, and can hear the country music they’re playing, the sounds of the espresso machine wheezing and whining, the cars passing outside, a guy rustling through his notebook, and sounds that are coming from the chairs and tables being leaned and sat on. I’m sure you can try to tune into the sounds around you too, but the difference is while you pull each sound into focus, I hear them all at once, all the time.

I find that the only way to get a reprieve from that stream of stimulation is to stim on something. Stimming is one of the only ways I can find a calm mind, and I am certain that it approaches that state some people find when they meditate. For me, it’s a necessary activity in order to recharge and find a bit of relief from the neurotypical world. As I’ve learned to be out in the world, I have found that stimming is a failsafe for me in order not to get overwhelmed. 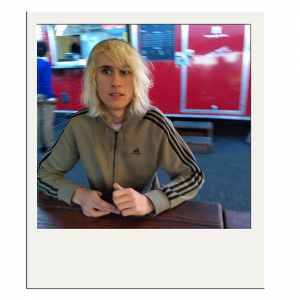 It shouldn’t be on the autistic person alone to adapt to their environment; society can do some things to make environments less overstimulating. For example, classrooms don’t need to have every surface covered in busy posters, and they certainly don’t need to be filled to the walls with children! I love the idea of electric cars because they are so quiet. I would appreciate more public places that are committed to keeping noises down. Think of it as being like those “No Perfume” signs you see in government buildings – they benefit everyone and make the space welcoming and neutral. Most of all, I would ask that parents and people who work with autistics try seeing their environment through their eyes and make some adjustments that would benefit everyone.