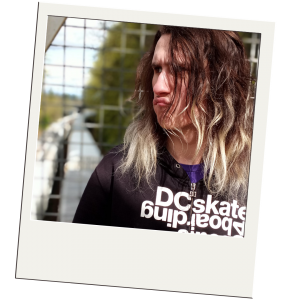 What are some of the stigmas surrounding letterboard use that you’ve experienced? How do you respond to them?

I can’t say that I’ve experienced any stigmas related to my using a letterboard, but I’ve had some weird experiences with people thinking they can just pick it up and I will be able to spell with them. Or those who think that it’s the same as an Ipad. Or the ones who don’t have enough patience to watch me finish a thought. It becomes funny when people act like they know what I’m going to spell and end up completely guessing wrong. But I think the situation that most fits the realm of stigma is watching people’s faces from polite interest to sincere listening as they figure out that I have a lot to say about disability issues and that I know what I’m talking about.

(I think my poetry has another purpose entirely, which is to offer up a different perspective on the things I am drawn to. I am someone who could easily spend a week at the coast with very little human contact and still have ten poems bouncing around in my head.)

But back to the question… The stares from people when I letterboard in public are annoying, but I regard the act of communicating differently as a form of activism and public education. I used to hate it until I started looking at it in this way, and now I do it without a second thought. I’ve letterboarded in tulip fields, at the beach, in airplanes, and at appointments. I took two years of Spanish on one, and I used it to talk to my grandmother who doesn’t speak English. 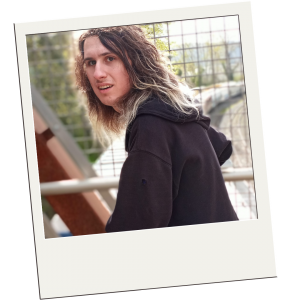 My thoughts return to a meeting my mom called with the head of the special education department before I started high school. I had been able to get my IEP team to confirm that I used my letterboard for communication, but for some reason, SPED didn’t want to allow it to be used – something about it not being research-based. I think if someone shows up using a system of communicating that is effectively working for them, then you use it! It is wholly unfair and unreasonable to deny someone the ability to make their needs known simply because you don’t recognize the modality. That it is perfectly fine to do this to non-speaking students is perplexing and ableist! This comes from a medical model of disability and is counter to the inclusive goals school programs espouse to achieve. It really needs to change. So when someone is non-speaking and is denied their form of communication, it is worse than stigma – it is blatant discrimination.

The letterboard is at the center of a lot of differing views related to non-speaking people. I think there are two schools of thought: on the one hand, there are a growing number of us who spell to communicate using all sorts of low-tech devices like stencils or a board like the one I use. Other people have learned to type on keyboards and laptops and no longer need a CRP [Communication Regulation Partner]. Still others may use apps or devices which they carry with them. All of these are legitimate, and if autistic people find them reliable and useful, school staff should be doing what they can to make them a part of that student’s life. 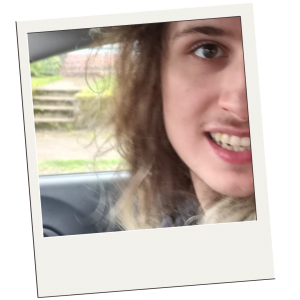 On the other side, there are the skeptics who don’t believe that non-speakers possess the intellect and capacity for the deep thoughts that are produced through non-traditional means. They deny the authenticity of our opinions and speculate whether we are being manipulated by helicopter parents who refuse to see the reality of the situation. These skeptics call us “low-functioning” or “severely autistic,” and fill their social media with stories of how hard it is to raise us, to care for our needs, and to plan for our future. Yet they are also the same people who criticize autistics who speak out about negative therapy experiences or advocate for autism acceptance as just one neurodivergence. It’s like I am not like their child because I learned how to communicate, but I’m still non-speaking and autistic. Somehow they’ve worked it out that people like me are a threat to the narrative they’ve comfortably encased themselves in and therefore must be drowned out or dismissed as a fluke. For this reason, I joined the advisory board of Communication FIRST, a non-profit representing anyone who uses alternative forms of communication to make their thoughts and needs known. I think we are at the cusp of legitimizing letterboarding, and want the public to know how important it is that communication be the first goal of any student’s IEP, regardless of what it looks like. It is as vital to us as air and water, and it should be to you too.