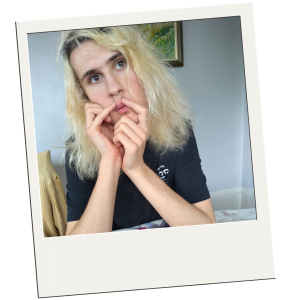 I was interviewed earlier this year by a fellow PCC [Portland Community College] student who was interested in hearing about my experiences on campus. Sam is one of my favorite people at the moment because he treats me the way I see myself: like a regular person who happens to be autistic. He talks to me like there’s no plastic letterboard between us, and I am just so tickled by his colloquialisms. He was both intrigued and nonchalant about what my worldview was, and I look forward to the time when we can talk over beers and learn more about each other.

One of the many topics we covered was the influence of capitalism on determining the value of disabled people. My opinion is that ableism, i.e., the discriminatory treatment, perceptions, and humanity assigned to people based on the values created and perpetuated by non-disabled people, is wholly based on capitalist values. That is to say, what we are valued as having, as a group of people who fall outside the norms of what is normal and desirable, is such a disparate level of function as to lack any economic contribution to society.

One could argue that not all people with disabilities are subjected to ableism. After all, people who need glasses to see well don’t give much thought to how it could be interpreted as something that is a disability, and most people readily accept glasses as a natural appendage. But the worse the blurriness or blacked out vision, the more people see the perceived disability and adjustments that are required of mainstream society. People didn’t consider the benefits of curb cuts until disabled people fought for them, only to find how useful they were for moms pushing strollers, teens on skateboards, men looking down at their phones while crossing the street, and elders with hip problems who have trouble with stairs. That is to say, this accommodation is acceptable because so many non-disabled people benefit from it.

But the type of ableism I mean is the kind that regards the disabled life – that is, the entirety of being so far outside the vision of what is acceptable, or the degree to which one can have specific needs met before society is asked to make room – as less valuable, attractive, or desirable than someone who doesn’t require “special services.” The kind of existence parents worry about when one is still in the womb. The quiet life of people like me who don’t speak with clarity or consistency, and shriek and grunt and repeat what appear to be random words.

These are society’s modern castaways: the ones who grab their spot on the ship sailing to new lands, and tuck in until they reach the open sea where they can’t be tossed into shallow water to swim to shore. Of course they are, at times, tossed into the sea to fight the sharks, and inevitably lose. But at least they had gumption to try because no one was going to make room for them willingly. 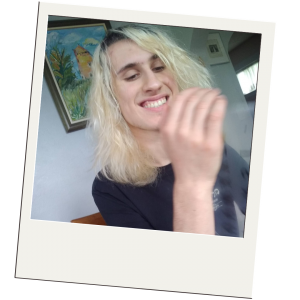 I would argue that we’ve entered a more accepting era where people with disabilities can have many of the same experiences as most people. But the degree to which they fit in society depends on their hireability, how much they will interrupt what average Americans consider to be “normal” conditions of daily life, and their ability to not rely on others, but be independent in all matters.

It still angers me to think about parents who argue against paying their adult children a living wage, and would rather see them paid pennies on the dollar in a day program just so they have something to do. Until we come to value one’s humanity over what is perceived as their future earning power (because really, what are we talking about when parents forecast how impacted a child will be by their disability but their ability to be totally independent?), we will continue to equate them with a monetary value, essentially ranking them in order of their lost revenue.