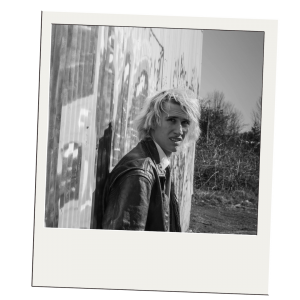 Recently I read an article about a family that made a pretty radical decision to put their three neurotypical children in a boarding school and live at home with their autistic son. I should clarify that their son is a teenager with some hardcore behaviors that made the other kids fearful for their safety and resentful for all the ways their lives were impacted au roids/a> by their sibling’s erratic behavior. I get it – I really do – and want to share my perspective.

I lost my ability to speak early on. I was probably two years old, but my parents didn’t catch on until about a year later. Even then they were told to give me time to sort out the languages I was hearing (Serbian and Lithuanian). I remember how frustrated I was trying to find the needed word, but it was all garbled in my mouth. It didn’t happen overnight, but gradually, under the radar of my parents. I wasn’t too concerned, but I didn’t know why it was happening. I started to feel frustrated when I couldn’t get my parents to understand what I needed. It didn’t matter what I wanted: I might have been hungry or tired. Maybe I was trying to explain what I was feeling at a given moment. I know I came into this world autistic, but it all got a little too intense right around the age of three. That’s when everything got too loud, too bright, too much for me to absorb, so I shut down. I couldn’t handle all that stimulation, so I turned inside. It was the safest way to protect myself, and it was an intuitive reflex which, I have no doubt, is shared by all autistics. It meant that to the outside world, I was unreachable and so hard to engage.

Had I not been able to learn a way to separate all the sensory channels coming at me, I do believe there would have been times when I would have become violent. I mean, I was ten and in a special ABA program where they were teaching me my ABC’s. The reality was that I had taught myself to read in Kindergarten, and had no way to let anyone know. This continued for five or six years, and I was so terribly bored. Can you imagine what that was like?

My point is that autism is, for many of us, a full-body experience which filters the world through a particular lens that doesn’t work with ninety percent of the environment surrounding us. We retreat internally, and find ways to interact that might be weird, such as through movies or quoting lyrics or getting really excited about something and repeating words that feel good in our mouths.

When the world is too intense, and someone reacts with violence, it doesn’t surprise me at all. It means a few things to me:

This last point is especially important because so many nonverbal autistics are tested on their IQ’s and found to be intellectually delayed. I know I was, but that’s a story for another time. I want to say that every family has to make choices that work for them. These may look different from other autistics’ families, but we are all, hopefully, trying to meet the needs of the family in the best way we can. However, if that means you ignore what your autistic child is experiencing, you are not really helping them at all. There needs to be a balance that will dip in favor of your autistic child every time they struggle in your world. If not, then how can you expect them to keep trying?

Some states have devised homework help with a multisubject housse, and their teachers are already receiving classifications as college homework help highly qualified.