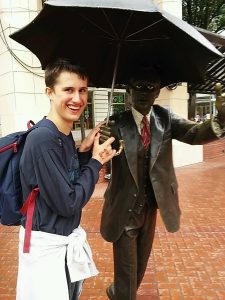 It’s long been my belief that people would shift their perceptions about disability if they only got to know someone with one. I think this is especially true for parents of autistic kids because there are so many misconceptions about what the future holds for them. My parents were no different: when I was little, I was always trying to help them by occupying myself with my favorite toys. What I loved most was to spin the wheels on my toy cars or line the fridge magnets up in a colorful pattern, getting far away from all the sensory stimulation around me. Except my behavior worried my parents instead of pleasing them. It made them sad, and they dragged me to all sorts of appointments where people observed me and took copious notes on clipboards. 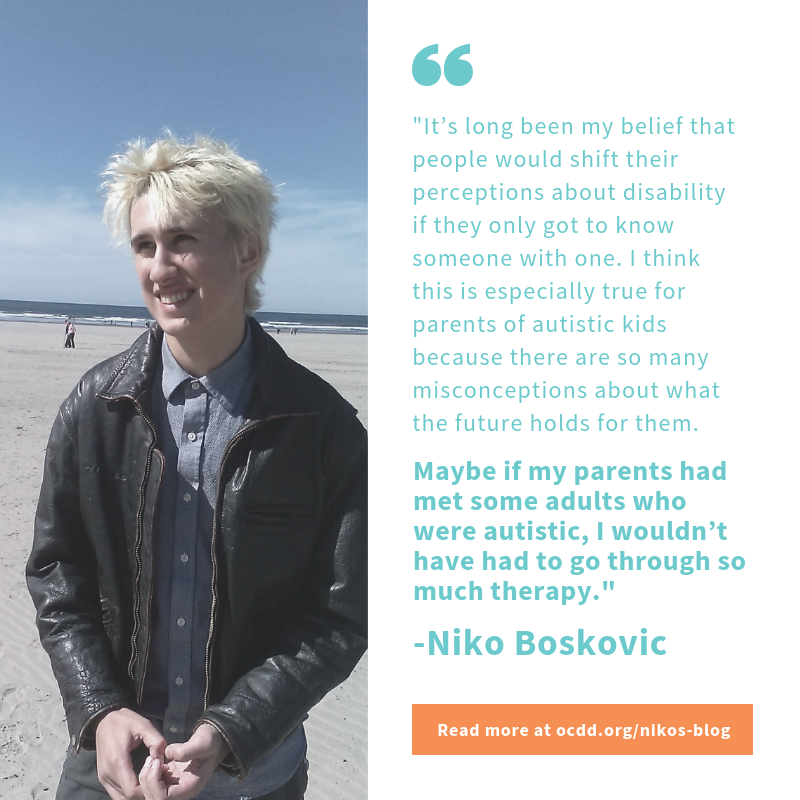 Imagine what would have been their perception if they could have met someone who was the adult version of that little boy? Or even the teen version? It would have made a big difference, I am certain.

I wish there was a program that paired newly diagnosed families with adults who have the same diagnosis. It would give them a glance into the future, demystify disability as a concept, and shape a positive outcome for their child’s life. For example, maybe if my parents had met some adults who were autistic, I wouldn’t have had to go through so much therapy. It wasn’t until much later that my mother met an autistic woman who gave a presentation on being accepting of autism as a neurological extension of what we consider normal functioning. It seems like this was a turning point in her perception of my future, and I could see a shift in her attitude towards me. She later told me that it would have been easier to put me in a segregated classroom if she was operating on her old perceptions instead of knowing that I could have a different path. It’s remarkable, really, to think how much my present life hinges on that presentation. So I can’t stress enough how important it is for parents to find role models for their children to show what potentially lays ahead.

Having a disability is sometimes incredibly lonely. I am extremely fortunate to have been in general education all this time that I’ve been in high school, but I really feel like I would like to be around my own people sometimes. I mean autistic people like myself who are nonverbal and rely on alternative forms of communication. 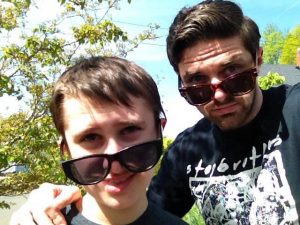 I get so tired of being “on” all the time, and would relish time with people who get that. I guess I am saying that it is important to be included, but it’s equally important to find your tribe. Respecting your child’s identity is paramount! I personally identify as an autistic, and would like to spend more time with other autistics, but on my terms – not at the discretion of an IEP team or some other child expert. It’s my choice, not theirs. That is the secret to all decisions related to my life. If parents could operate from that perspective and balance the needs of their kids with what their kids want, I believe we would have happier, more included children who would grow up to be role models for future generations. Here are i need help with my homework the links to the previous posts paper writers for college post 1 be more than busy.